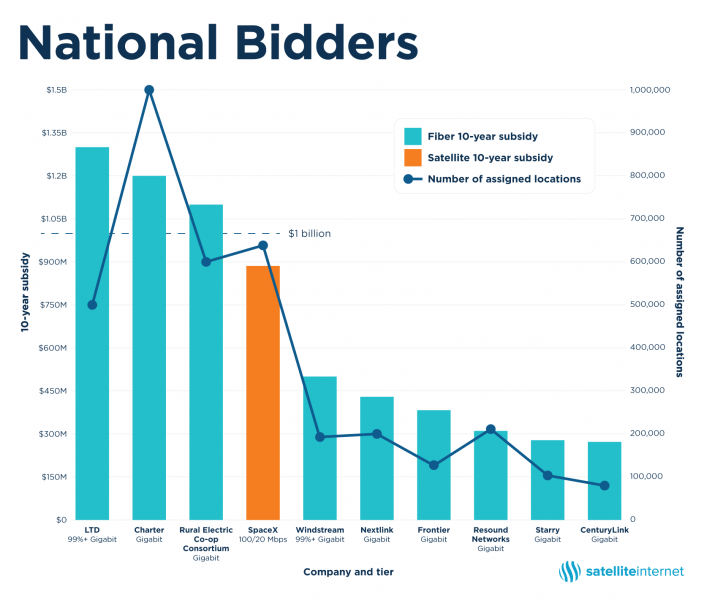 The Rural Digital Opportunity Fund (RDOF) is an FCC initiative designed to invest 20.4 billion dollars in grant money into developing rural broadband networks. The grant will be allocated to internet providers over the next 10 years to help fix the digital divide in rural America. The first phase will grant $9.2 billion, with the final phase getting the rest. The funding will be sent to telcos and other companies operating in 49 states and the Commonwealth of the Northern Mariana Islands.

The RDOF is split into two phases; phase 1 auction results were announced in December 2020. Phase 1 focuses on areas with no internet access. The FCC defines “no internet access” as census blocks that are “entirely unserved by voice and with broadband speeds of at least 25/3 Mbps.” Phase 2 will focus on underserved areas and rely on updated FCC data that will more accurately depict which areas have coverage. The timeframe for phase 2 has not been announced yet.

New Mexico ranks 6th in the nation and will receive more than $165 million dollars ($241 per rural resident) in opportunity funding over the next decade.